Introducing OnePlus 6T and the magic spells of it 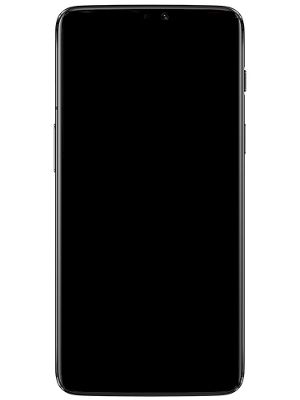 The people are obsessed with gadgets and by gadget, I am particularly pointing out the craze of smartphones. The word has seen a large number of flagships and even greater number of smartphones. The competition is huge and every brand is tenacious to be the best. The users are the ones with the most benefit amidst this great battle of brands.

OnePlus is one of the dark horses in this great battle. Their OnePlus 3T topped the charts on its launch but the fame soon vanished with latest names being launched. The brand has decided to repeat the same success and to do so they have launched OnePlus 6T in the market.

One of the worst things in the OnePlus smartphones is that they are a carbon copy of Oppo phones. This might be a nuisance for some, but then who are we to judge. Both brands are owned by the same company maybe that’s why we are getting twins all the times.

Oppo recently launched R15 which is considered to be the twin of OnePlus 6T. If it is the copy just like OnePlus 5T mirroring the Oppo R11S, we all are in for a treat. The Oppo R15 dons one of the smallest notches in smartphones the world has ever seen. If OnePlus 6T has a similar notch like the R15, it can even surpass the big chunk on the top if iPhone X.

Let me throw in more information…

First of a kind

OnePlus has already introduced numerous hard hitters but the OnePlus 6T is their special child. OnePlus 6T is the first phone to have a screen cut out and the first flagship of OnePlus with an all-glass back. Additionally, with Android Pie officially hitting the shelves, OnePlus 6T users will be the first one to test the Android Pie-based OxygenOS beta.

The relationship of Android P and OnePlus 6T

The release of OnePlus 6T is based on Android Pie as OnePlus are waiting for Android P to get stable. So, it is said that OnePlus 6T will have a stable Android 9. The beta build will also include tweaks, customizations and features of Android Pie. However, the version will be HydrogenOS rather than OxygenOS. Means, it will not be having Google Play Services or Google Play Store.

OnePlus 6T is a phone to watch out for. Its sleek design and latest OS might make it one of the best phones in the market. With the smallest notch, OnePlus 6T has suggested to take out the market of iPhone X. And the fact that the latest Android P will be available in the phone, many big brands will be running for their money.

With all being said, it is safe to say that OnePlus 6T is bringing the future to us. Let us welcome it with both arms. Watch out for a take on other big names.